Welcome to our Site!

Bhowmik Dave Films & Photography is a Charlotte-based wedding photography and cinematography company serving the Carolinas and beyond. We not only travel all around the US but do destination weddings as well! We specialize in South Asian Weddings and customize our services to meet our clients’ needs. Our customized services include photography and cinematography coverage, pre-wedding shoots, albums, live-streaming, and more! 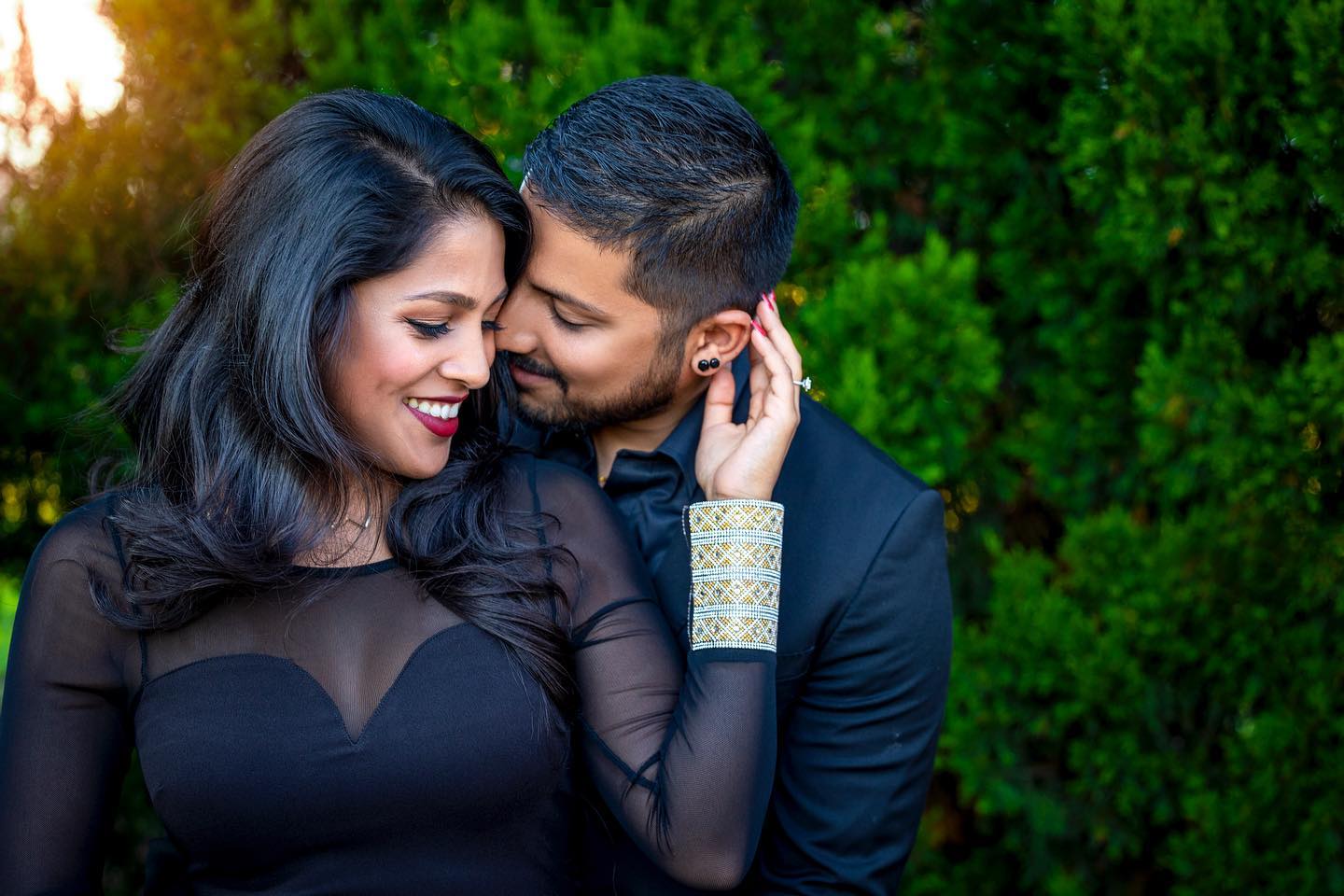 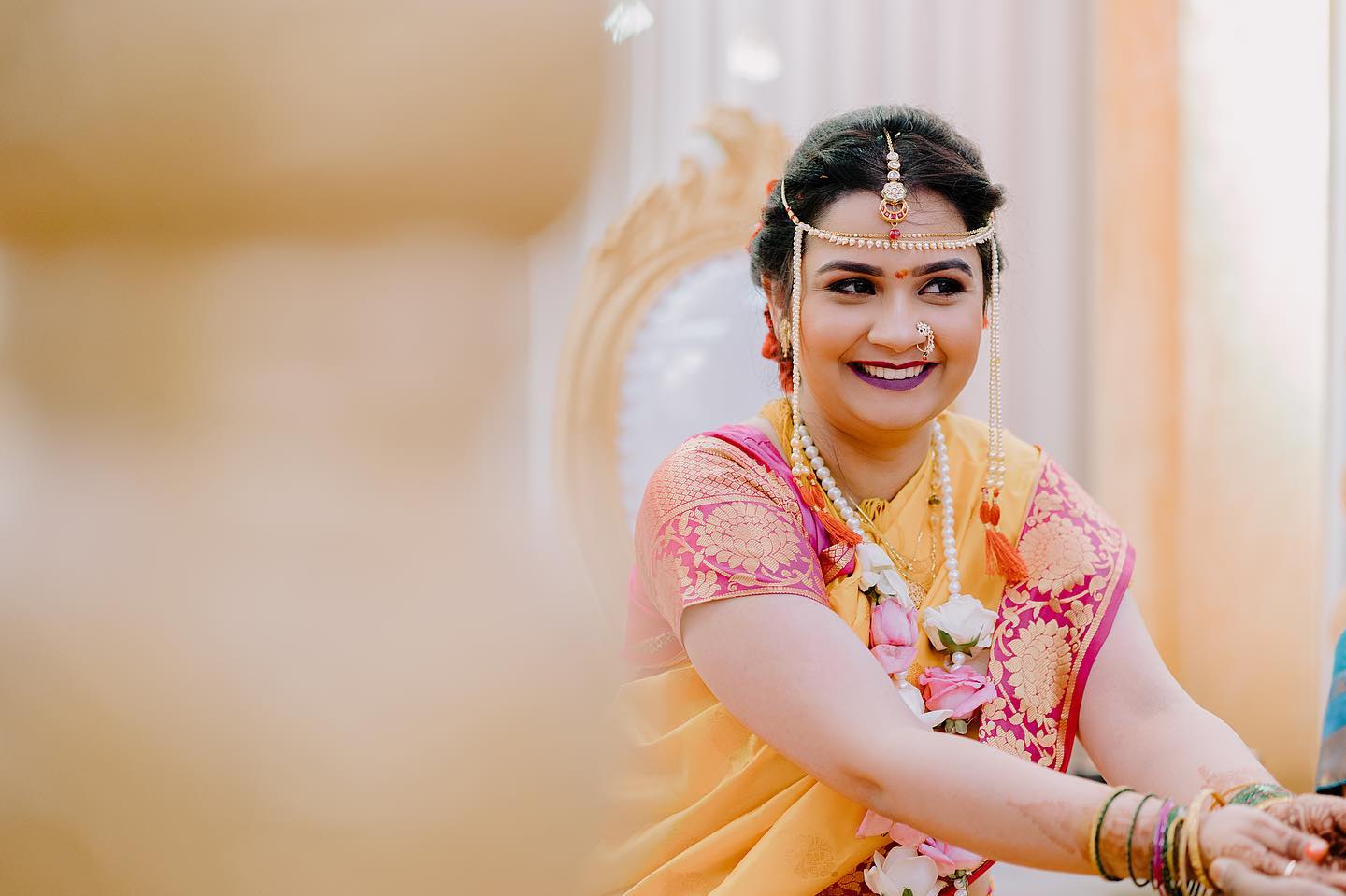 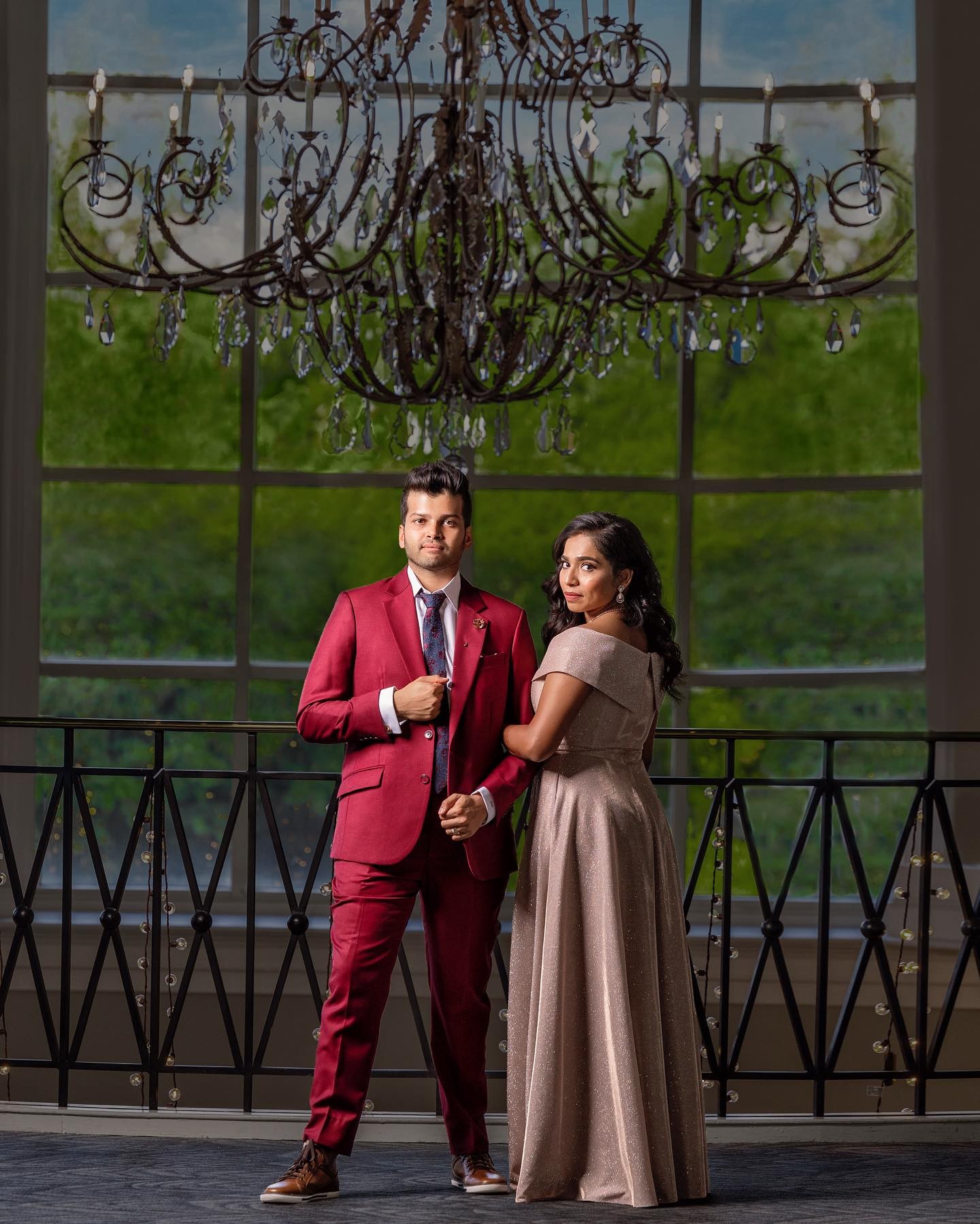 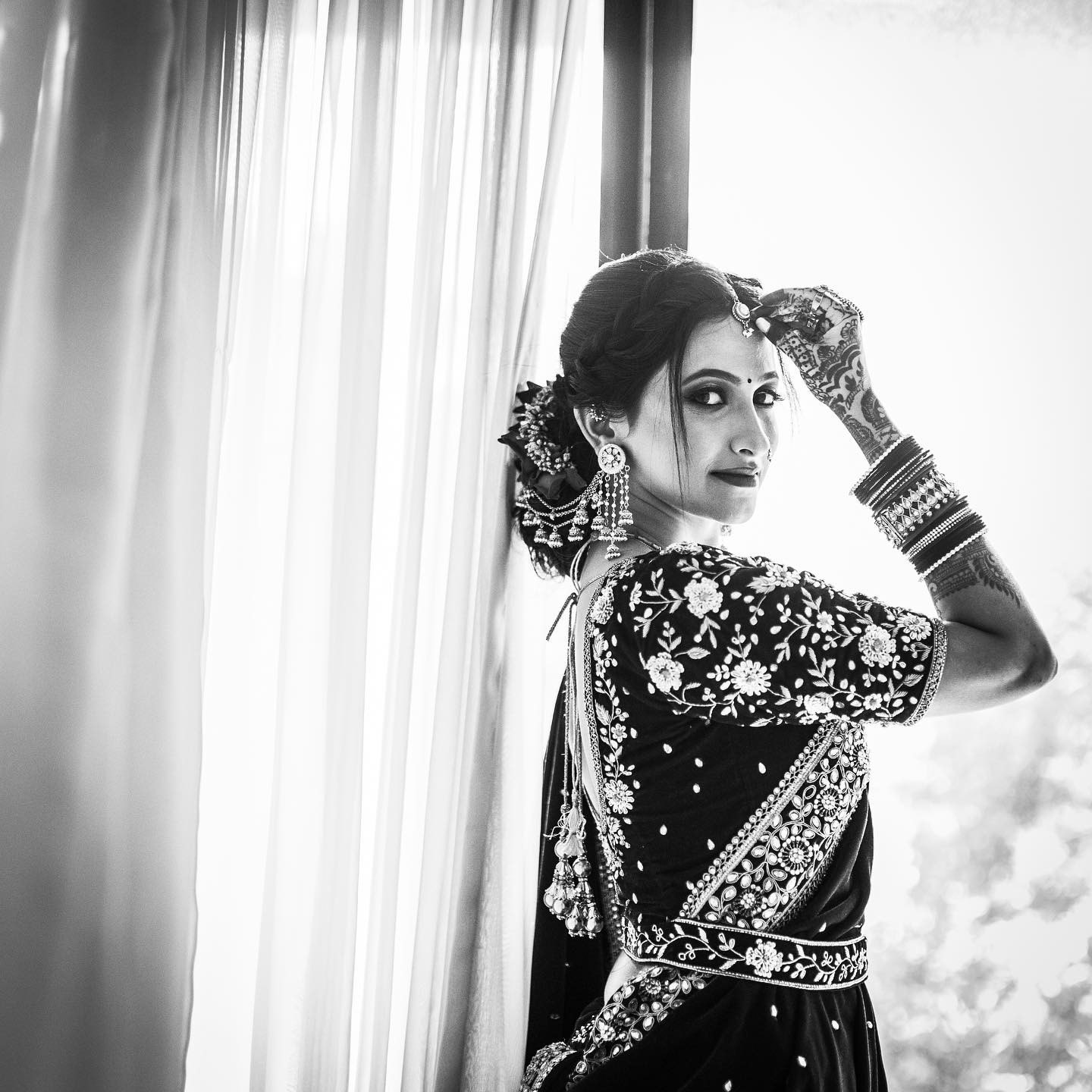 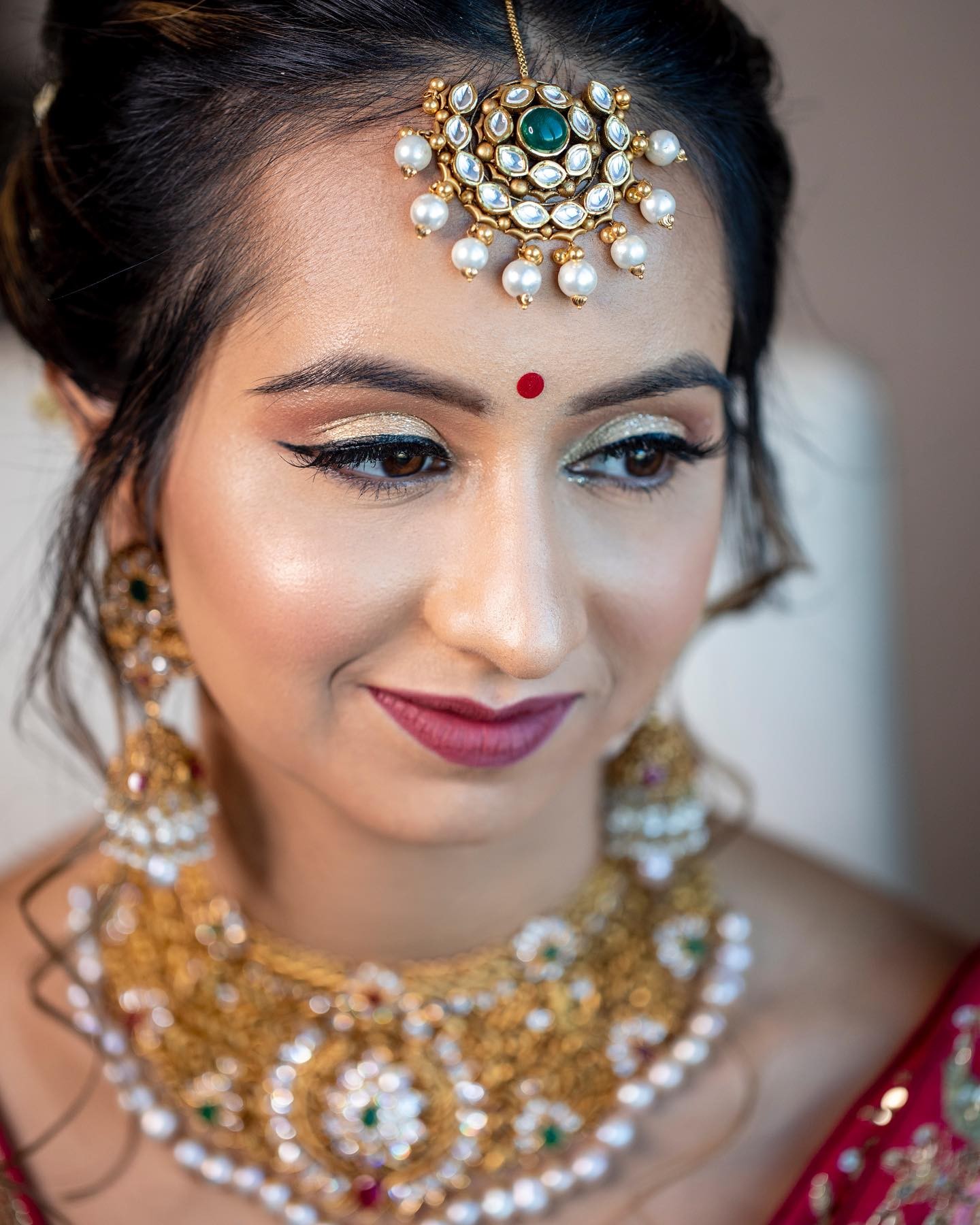 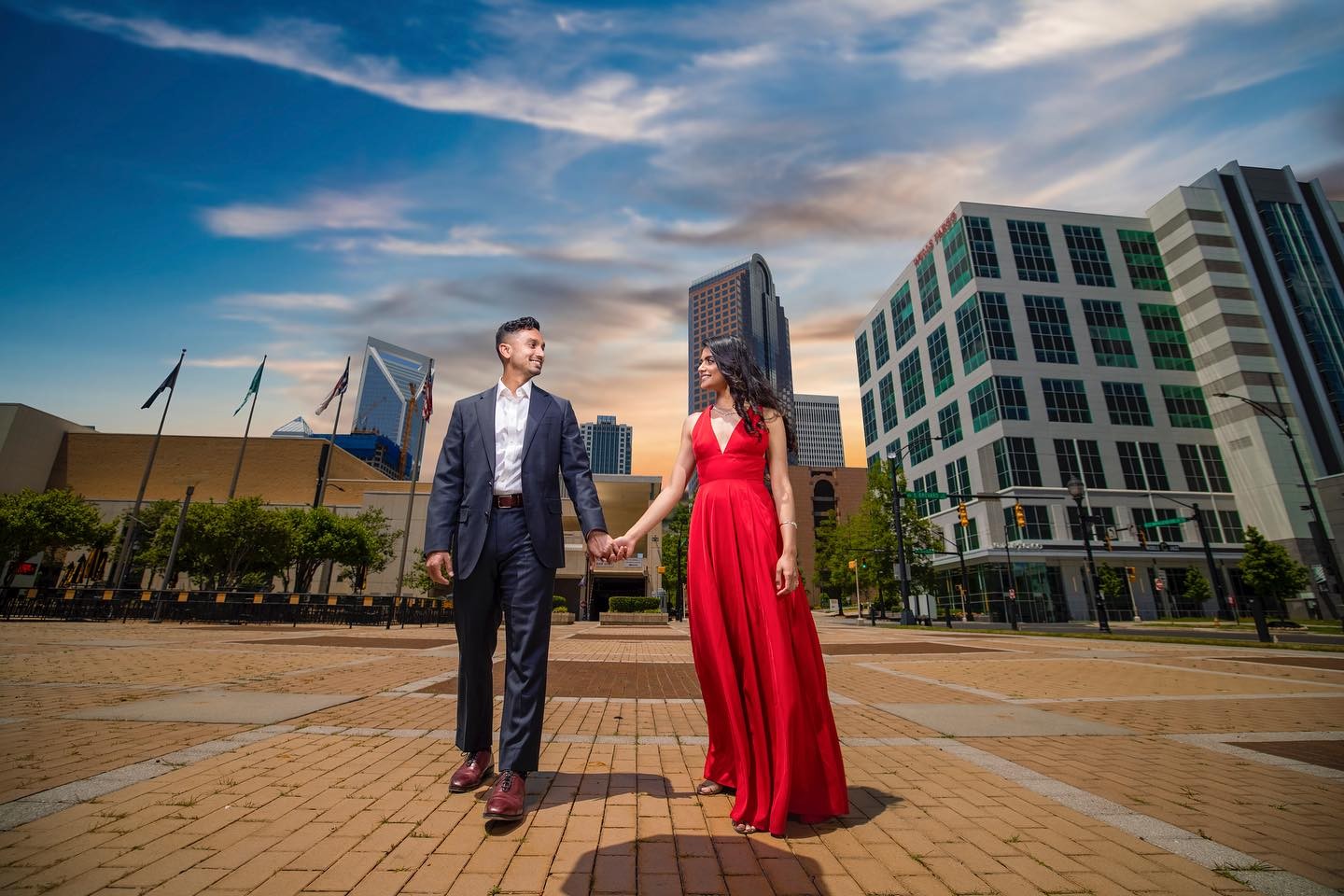 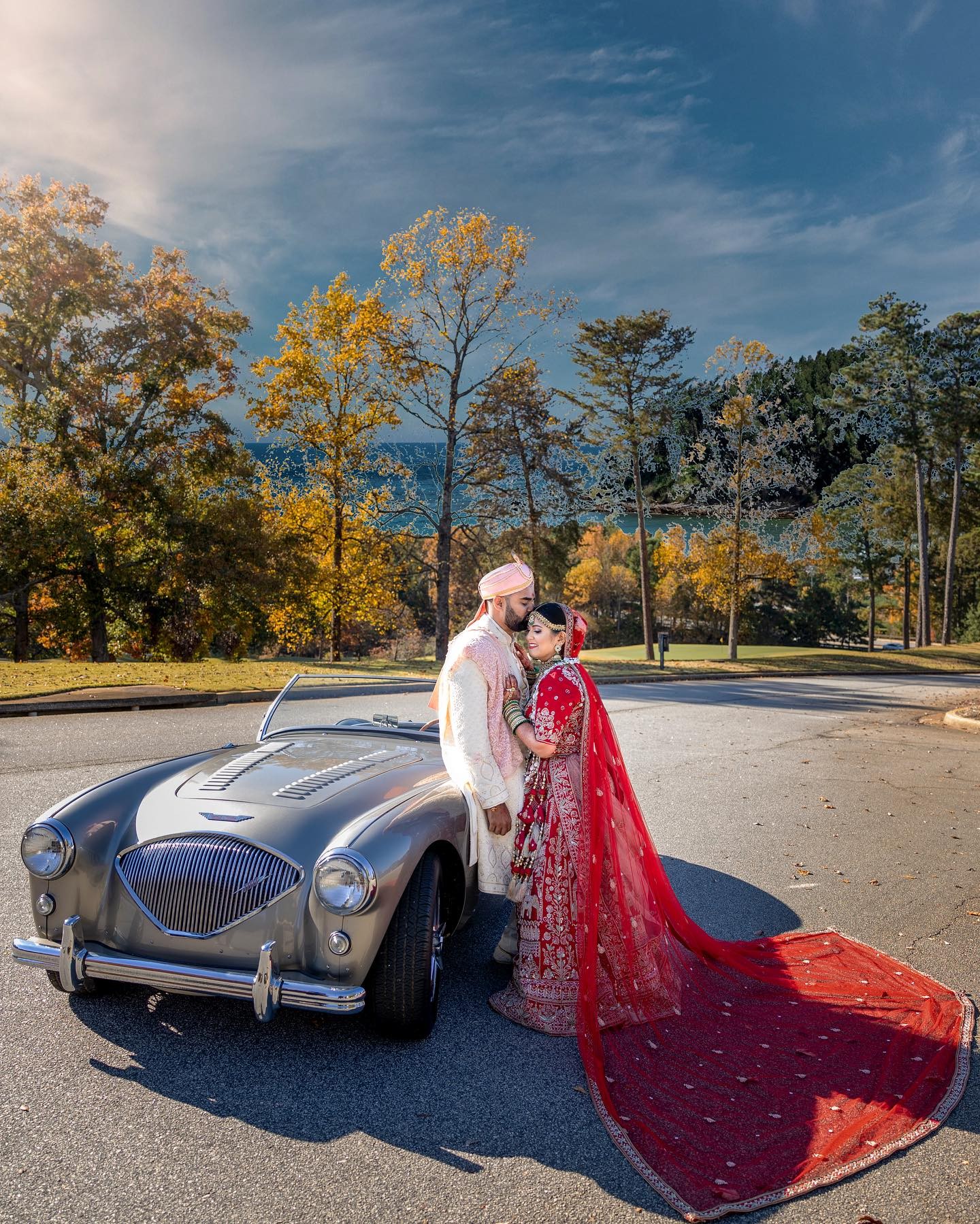 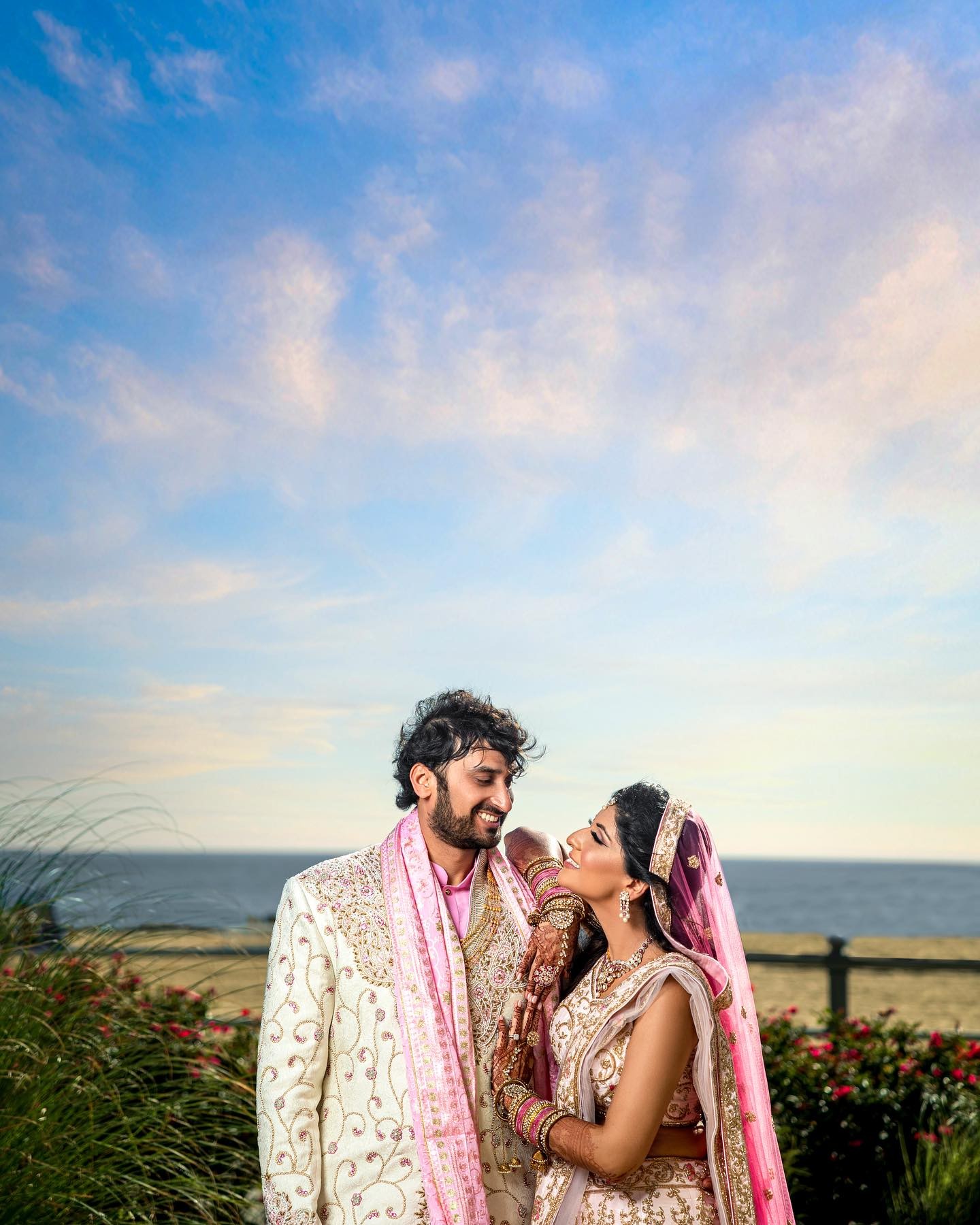 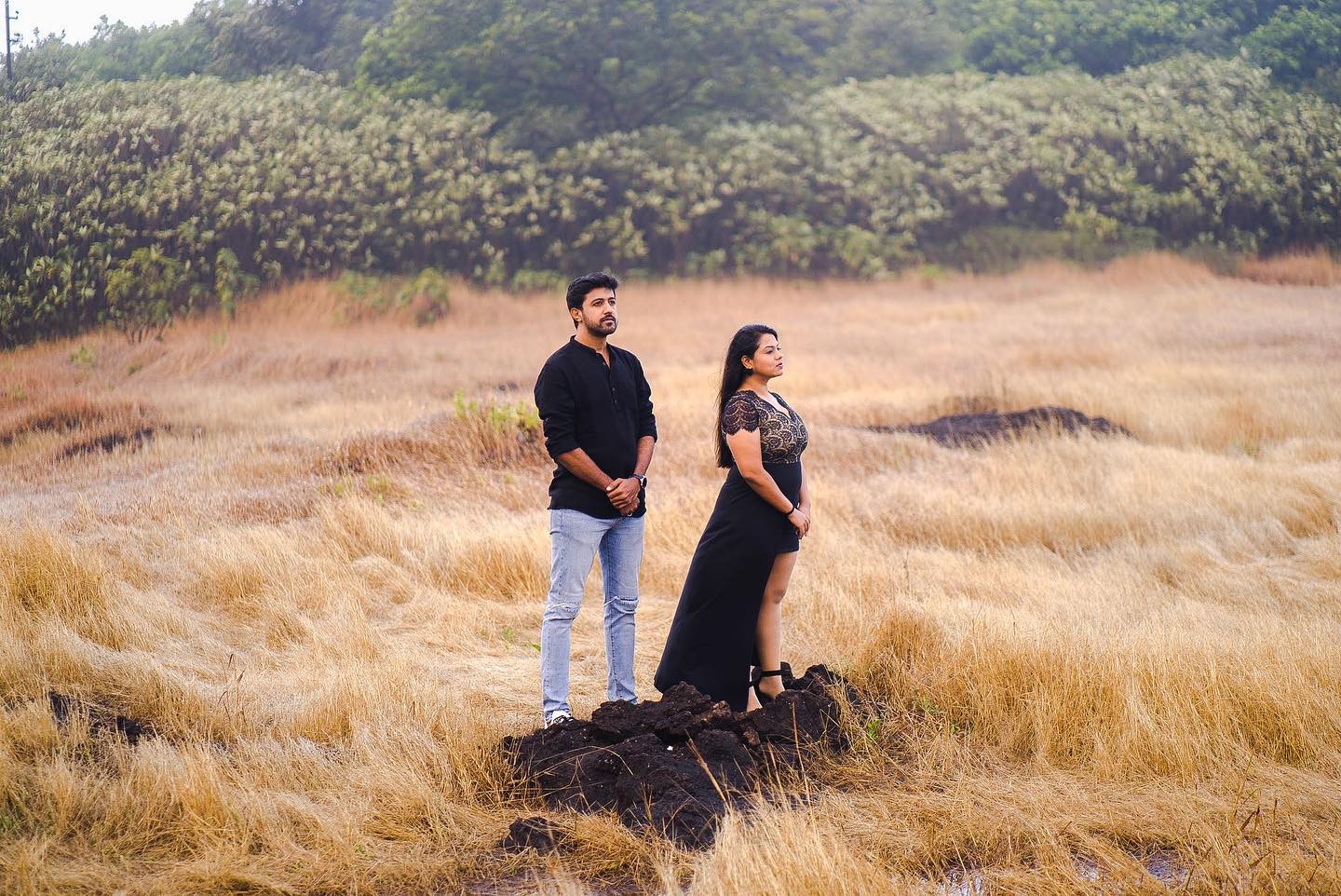 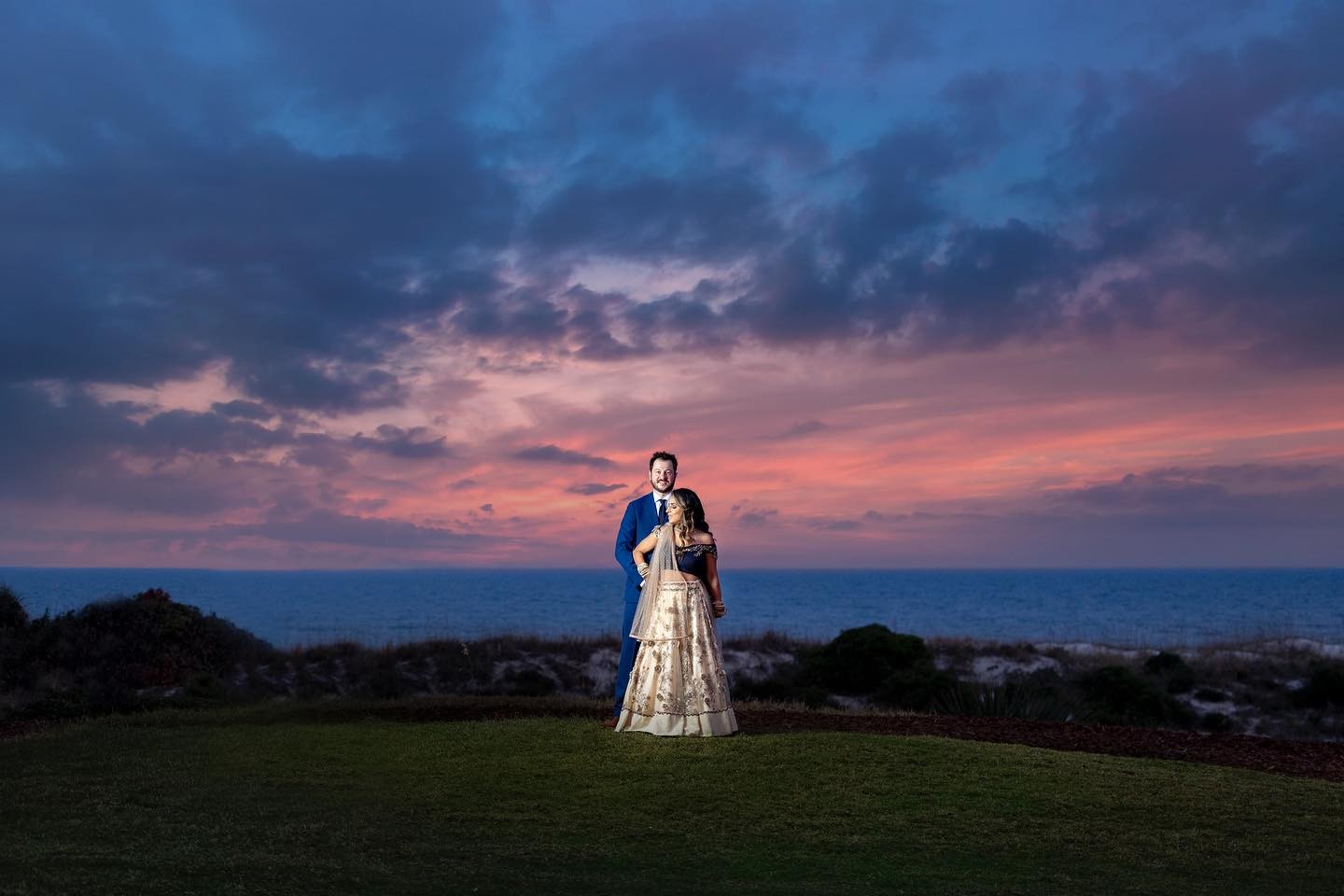 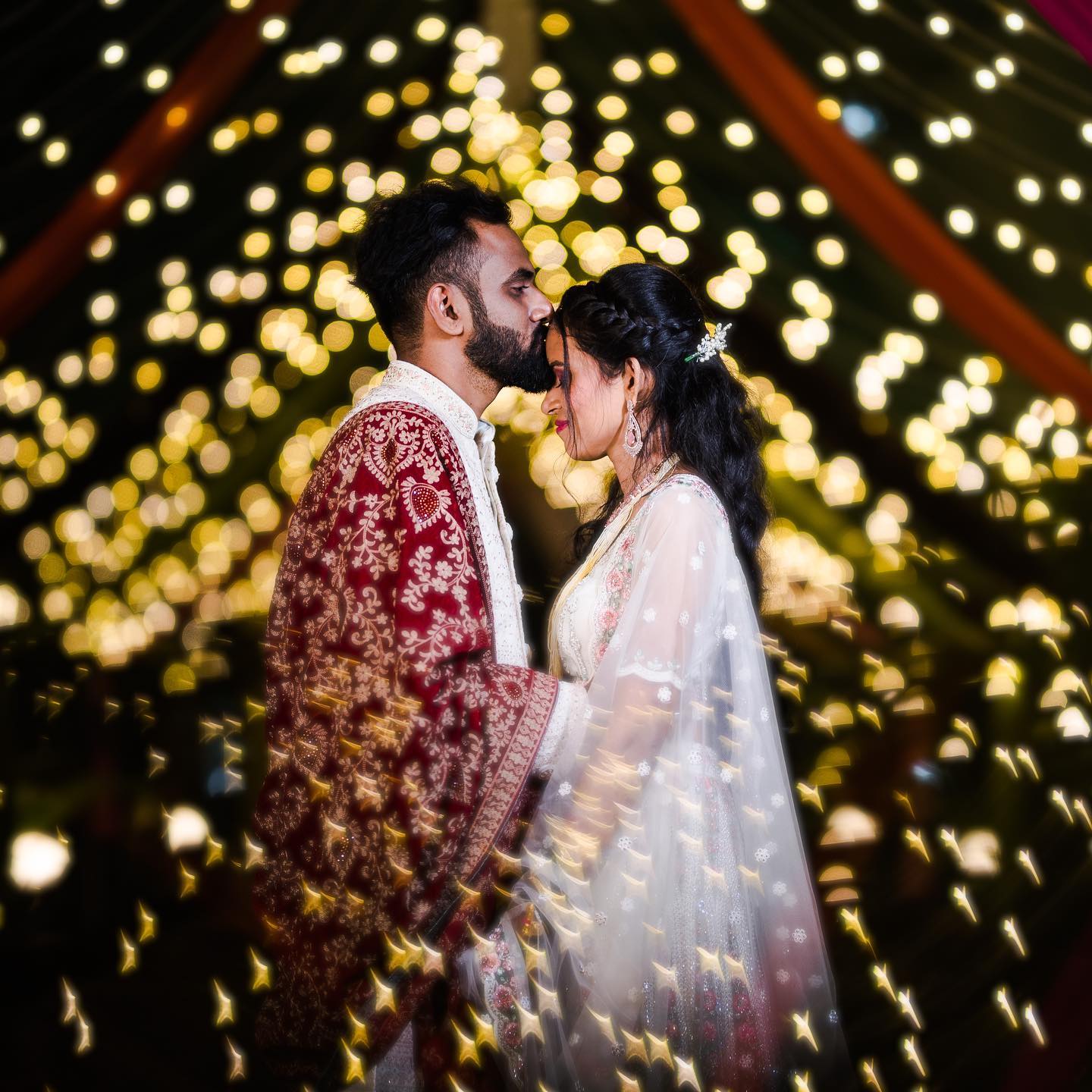 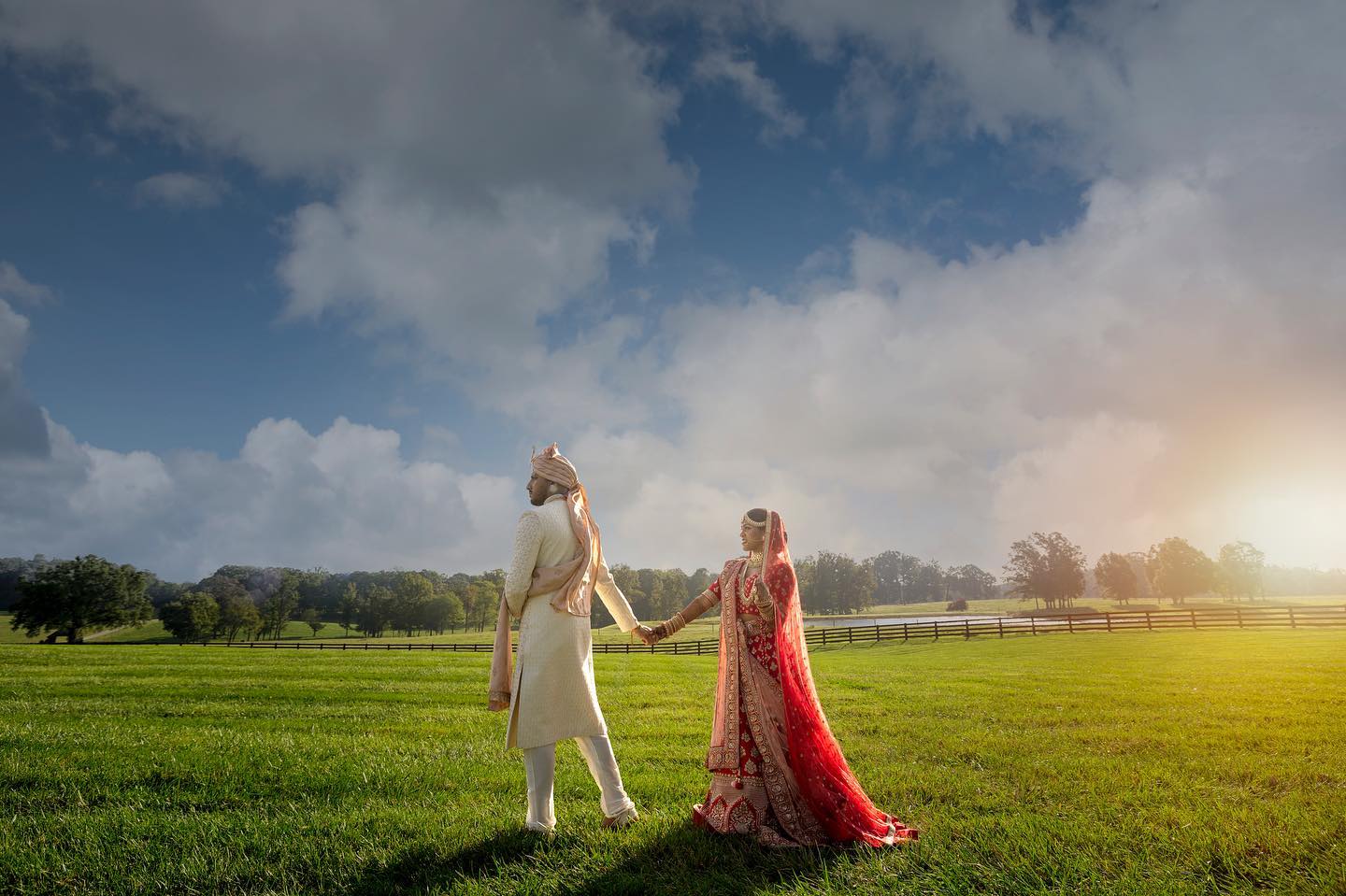 Get in Touch with us!

“Made in Heaven” – would be an understatement for Nima and Varun.

What is that one South Asian wedding event that cranks up the level of amusement to the greatest degree possible? It’s the Sangeet ceremony, after all! Weddings aren’t complete without some dancing, and the Sangeet ceremony is the one event where all of the wedding stress fades away, allowing everyone to relax and enjoy themselves. As we entered Double Tree by Hilton, Columbia, we were astonished by the incredible decorations done by Sandhya Decor. The event’s explosion of colors and joyous sparks was incredible.

We knew this wedding was going to be spectacular the moment we saw the bride dancing her way into the venue. Our bride, Nima, dressed in a pink-red and aqua blue lehenga, showered her joy on everyone as she twirled the night away. From the youngest to the oldest, no one was left behind from joining the fun. Our incredibly energetic duo and their family danced to their hearts’ delight as @elev8ev3nts, kept up the beats.

Nima and Varun were anything but camera shy. They loved being photographed, and our photography crew tried their best to provide the couple with exactly what they want. We took full advantage of the wonderful sunny weather to snap some amazing photographs as they donned a classy combination of navy blue and misty white.

Nima and Varun dressed in traditional light mustard outfits for the Pithi Ceremony. It was an intimate and traditional event. Nima’s natural makeup look was absolutely adorable.

“It’s beautiful Bhowmik!! Thank you so so much!! You and your team is amazing” – Nima

If you thought that the dance sessions were over after the Sangeet ceremony, you are in for a magical ride! Garba is a night of enthusiastic and joyful dance that is usually held prior to weddings and what a fun night it was! Dressed in a combination of dark teal and sparkles, our power couple radiated love all throughout the event. It was an absolute delight to photograph them and afterward, it was time to put on the dance shoes.

After a night of music, dancing, and laughter, it’s now time to seal the deal – the wedding ceremony. We jumped at the chance to take some stunning get-ready shots while @anishajan worked her magic on Nima. Her love of posing for photos and our love of snapping photographs merged beautifully, resulting in some spectacular pieces that we genuinely love. As Nima walked down in her wedding dress, Varun awaited her with a bouquet of roses. His expression when he first saw her dolled up was priceless. For Nima and Varun, it was a loving, emotional moment, and to see and preserve it was an honor for us.

“Such a beautiful video Bhowmik! You always come up with some new way of creative and meet our expectation!!” – Varun

The Barat arrived at the venue after a final round of dancing. Varun was greeted with a floral garland by his soon-to-be wife. Following a fun entrance by the bridesmaids and the bride herself, the wedding rituals began. Wearing their matching pastel attire, the couple looked stunning. They were united for life as they took the saat pheres. The fact that they never stopped smiling during the wedding rituals and that their love shone throughout the festivities was what we admired the most.

Vidaai is a Hindu wedding tradition in which the wedded bride throws handfuls of rice over her head after saying her goodbyes. It signifies that even though she has left her home, she will continue to pray for their material and spiritual well-being. After spending so much time with this wonderful couple, photographing their Bidaai was also an emotional experience for us. We wish them all the happiness in the world as they embark on a new adventure.